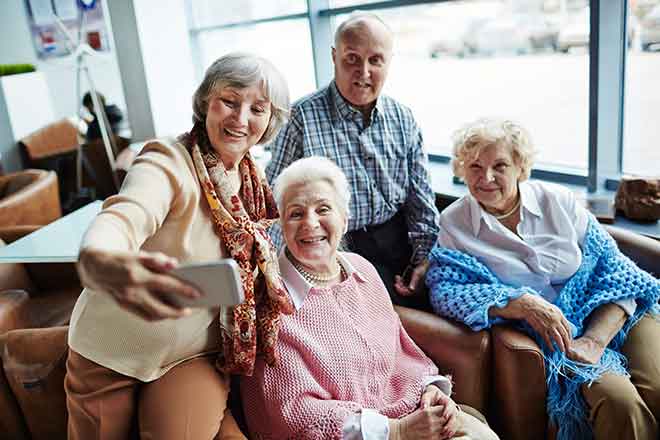 Published Tuesday, May 26, 2020
by By Derek Draplin | The Center Square

(The Center Square) - Testing every nursing home resident and care facility worker in the U.S. for COVID-19 would cost $440 million in federal and state funding, a health care group found.

Doing so would require almost 3 million tests, according to the American Health Care Association's National Center for Assisted Living, an industry group representing nursing homes and assisted living centers that calculated how much it would cost for states to receive adequate funding so all resident and care facility workers could be tested.

There are over 15,400 nursing facilities across the country, with 1.3 million residents and 1.6 million workers, the AHCA said.

A recent analysis by the Texas-based Foundation for Research on Equal Opportunity found that 42 percent of all COVID-19 deaths in the U.S. have occurred in long-term care facilities, such as nursing homes or assisted living facilities.

"Based on long-term care usage and demographics in the 11 largely rural states that do not report long-term care fatalities, we also estimate that, nationally, the share of fatalities from nursing home and residential care facilities is 42 percent, and 52 percent outside of New York State," the analysis said.

Nationally, there are over 1.6 million COVID-19 cases, more than 98,000 deaths, and 64,000 recovered, according to Johns Hopkins University.

AHCA/NCAL has urged states to waive regulations that might impede adding more support staff. The group said states should allow medical professionals from out-of-state and allow long term care professionals whose licenses have lapsed to be able to practice.

"Governors must take immediate action to help protect those currently on the frontlines and take proactive steps to recruit, train and deploy additional caregivers to ensure that residents continue to receive the daily care they need in our facilities," AHCA/NCAL President and CEO Mark Parkinson said. "This is an 'all hands-on deck' situation."

The U.S. Department of Health and Human Services said last week it was distributing $4.9 billion to nursing homes for COVID-19 relief.

"This funding secured by President Trump will help nursing homes keep the seniors they care for safe during the COVID-19 pandemic," HHS Secretary Alex Azar said. "The Trump Administration is providing every resource we can, from funding and direct PPE shipments to regulatory flexibility and infection control consultations, to protect seniors in nursing homes and those who care for them."

The department will distribute a base $50,000 to every skilled nursing facility and an additional $2,500 per bed.

"We are working around the clock to protect the people who are most vulnerable to COVID-19. That work makes this funding more important than ever," Parkinson said. "These resources are an important step toward ensuring residents in long term care facilities receive the vital support needed during this unprecedented public health crisis."