"Glory to God in the highest. And on earth peace, goodwill toward men." Luke 2: 14

There have been so many happy happenings in Eads this December, but Santa coming to town on a rail car took the top of my list! It was wonderful, historic, amazing, colorful, and so heartwarming! Before 11:00 a.m., the children were running all around the railroad park. Maine and 14th Streets were filled with cars. At 11:00 a.m. a white vehicle pulled up to the crossroads followed by seven little gold square rail cars driven by railroad workers wearing orange or lime vests. Jan Richards, the main organizer of this event, was a bit anxious if children would come. No worries! There was a big bunch of children and parents and curious silver haired citizens who came to watch, too. Dennis Pearson and Matt Prince had Santa Claus sit by the pretty pine trees which was a backdrop for photos with Santa as children received their gift. At 1:00 p.m., the families could go to the free movie at the theatre. It was indeed a remarkable memory for kids. 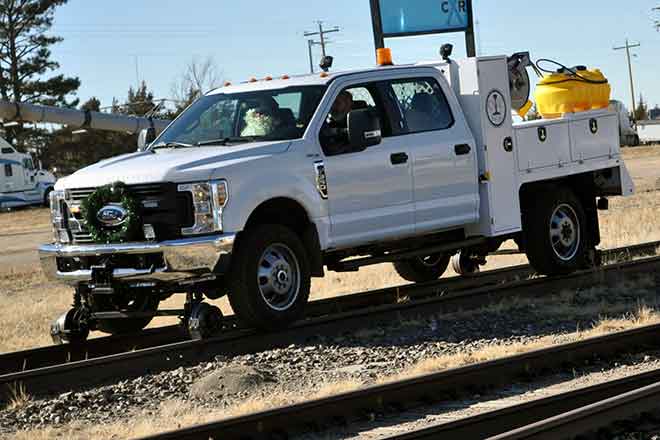 I saw more beautifully lighted homes and several with pretty character balloons and lighted rotating symbols on walls and fences. The oldest house in town, a two-story house, has both floors well lighted. Since it was dark for about five decades that I remember, it is so pretty to me. We don't know the names of the couple who lives there, but it is good to see such cheer. Other families I haven't mentioned are the homes of Mr. and Mrs. Randy Bohlander, Kenny Wilcox and Lisa Walsh, David and Lillian Wissel, Keith and Jennifer Crow, Ken and Diana Flory, and no doubt others who were not home when I was out. Trey and Alyssa Eder and Tim and Gloria Trosper's homes are especially beautiful when driving down 7th Street from the east.

Monday afternoon, a number of well wishers attended the open house of the newly constructed building for the Southeast Health Group. Barry Shioshita, area CEO from La Junta, greeted us. Kailyn (Lane) Darnell, the receptionist, gave us a tour of the rooms used for counseling, and Dan Richard's water calibration office. This group offers numerous services: Substance Abuse, Physical Therapy, and Wellness, Care for Behavioral Health Disorders, and so many more which are too numerous to list here. However a phone number to call is 719-363-1595, or a visit the office can inform one. Kailie (Lane) Meardon, Lindsay Barlow, and others work there among other men and women I did not know.

Congratulations to Brittanie Newman, who graduated from Ft. Hayes University with a Bachelor of Science degree in Sports Exercise Therapy. She plans to study further to be a Physical Therapist Assistant. Brittanie is a former Eads High School graduate

The Eads senior citizens had a delicious roast beef, carrot and potato dinner with Gail Voss's signature wheat rolls and potluck foods that the guests brought. Loretta Seibel was elected to be President and Alice Glover will serve as Vice President. We gave Gail a gift of appreciation for her service. That same evening, the Haswell senior citizens enjoyed their annual seated Christmas dinner that Wanda Lessenden had prepared. The dinner was served by Colby Stoker, Dally Sagner, and Shane Lessenden.

Last Wednesday was a special school day for teens and elementary students. In the morning, several buses brought students from Wiley. In the afternoon, the Eads High School students walked to the Plains Theatre after having lunch with their "little buddy," where they sat together at the movie. The whole school also came over from Plainview to enjoy a movie Thursday.

Our sad sympathies are extended to Robert Woods and his daughters, Sherri, Leanna, and Marci and their spouses and grandchildren, in the loss of their wife, mother, and grandmother, Renee Woods. Her funeral will be Friday, December 27, at 1:00 p.m. in the Eads First Christian Church.

Congratulations to Keegan Gonzales, former Eads High School alumni, who graduated last week from the Police Academy. His parents are Dave and Shelly Englehardt of Eads.

Last Sunday, at the same hour as the Prairie Pines Assisted Living Center family dinner, was the Eads Praise Community Church children's community cantata. It was reported to me that it was very beautiful. It is a joy to see and hear children sing. They were directed by Jimmy Brown and assisted by Michelle Wyckoff, Paris King, Cheryl Wyatt, and Lane and Debbie Gooden. Anna Randel always has gift bags for the youth. The people enjoyed refreshments afterwards. 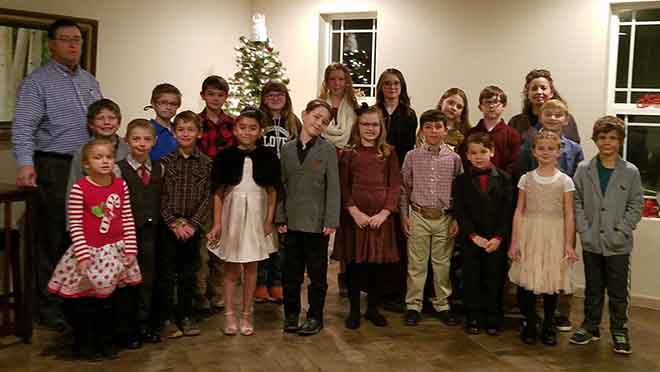 At the Prairie Pines dinner, families were seated with their resident relative and served the three course dinner by teenagers Piper Sorter and Morgan Morris, the staff, and Chef Christina Wolf. Director Pam (Brown) Weirich greeted the guests and engaged them in playing family feud. She introduced the staff and told the names of other workers not on duty. She stated that, as of November 22, all the apartments were occupied for the first time, and the pool is opening! 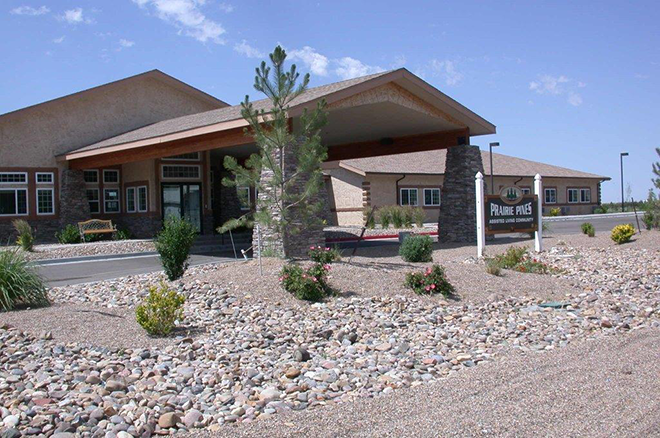 The Patient Family Advisory Council met for lunch Thursday in the Annex Building. The lasagna was made by Eads Mayor, Joe Shields. After the meeting, we were invited to watch the Weisbrod residents' party where Santa Claus delivered their gifts. Tanya Lane took photos of them with Santa and sent them to the resident's families.

JOY to you, readers! Shalom.