"Love your neighbor as yourself." Leviticus 19:18

Gail Voss drove me to Pueblo to a doctor appointment Thursday and I was so glad because so much snow began to fall after I was in the clinic. So, we quickly stopped to eat at a drive through, skipped getting gas in the city because Gail said it was much cheaper in
Eads!

Fortunately, I was able to return in time to attend the Patient Family Advisory Council bi-monthly meeting. This committee is very important, and we learn so much about the workings of Weisbrod Hospital and its staff and services. Nurse Renay Crain reported that the full scale emergency exercise went well with all the department heads on a Saturday. In the future, they will have one with the staff workers going through the procedures of what to do if we have a major crisis in our town or county. Brandy Turcotte from the Department of Social Services explained that HCAHPS is a hospital consumer group that asks questions of patients as they check out of the hospital. The people mark on a survey or write comments which are shared with the staff. Most interesting was hearing CEO Char Korrell, who explained more clearly the financial standing of the hospital, which is good compared to other hospitals. One grave concern is the looming possibility that Medicaid payments may be under a budget cut in the future. When asked how we could manage a possible loss of funds, she said there is another government plan that would probably supplement the loss, so that was comforting to hear. Another improvement is that the staff employees are wearing a lanyard or badge with their photo and their credentials and certification. This is very good in times of crisis also and, we are the only hospital that is fully implementing this program. We have heard several times that there are so many government regulations that our staff has to follow. 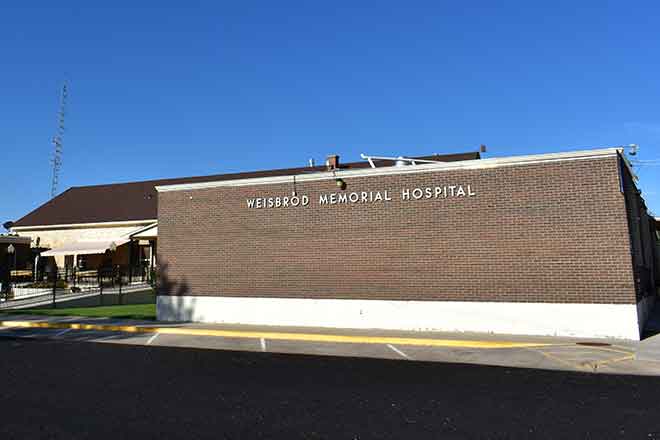 This has been a week of fun homecoming activities for our students, families, and the community. Each day, the students dressed up in a costume for the theme of the day. Photos reveal that there was tremendous competition and work by families to help their student be well dressed in the theme. The teachers said this was the best ever in their memory of participation. Thursday was a heartwarming day to see students from preschool to seniors dressed in purple and gold. They were all grouped together for a total school photo in the gymnasium. The gym was packed on both sides to watch the class skits, competitions and games, and all ages dancing a line dance shuffle. The judges - Priscilla Waggoner, Kathy Walker, and Christina Uhland - had an important task of evaluating all these areas plus the all-class wall designs, which were in the glass foyer this year. In the end, the junior class won the "Class with Class" banner, which was awarded at the football game half-time show. Miss Kaycee Ellenberger was crowned Queen, and Angel Medina was crowned the King. Their senior attendants were Cynthia Watson, Lauren Brown, Dillon Herandez, and Jonah Schofield. The junior attendents were Aubree Rybacki and Zach Fowler; sophomores, Kyra Sheridan and Cade McDowell; and freshmen, Brianna Habinick and A. J. Vasquez. The young crown bearers were Brystal Bletzacker and Chael Cordova. Although we lost the football game, our boys played well against the number four ranked team, and our nine cheerleaders were outstanding. They are Cynthia Watson, Mollie Kelley, Paris King, Aubree Rybacki, Crystal Watson, Brianna Habinck, Taygen Ferris, Piper Sorter, and Lexi Lopez.

The volleyball team and the fans have enjoyed this season so much because the football team boys have rallied a loud cheer section. I observed at the rally and, by photos, that the loud vibrant young men are mainly led by Damien Barnes, Hatch Nelson, Zach Fowler, Donte Sierra, Cade McDowell, and Chase Stolzenberger. This core of young men and others have been so entertaining.

Throughout Friday and Saturday, Aearo Crew - photographers from Denver - were taking photos of all these activities. This photographic team has been coordinating with science teacher, Mr. Wagoner, for enhanced science, technology, engineering and math (STEM) education and agriculture experiments using drones through grant money for our school.

Hallie Barlow organized the County Line Rivals chili cookoff fundraiser for the wrestling team of the schools of Eads, McClave, and Wiley. Billy Koehler and Darryl Stolzenberger won first and second money prizes, respectively, which they donated back to the Rivals. Thanks to the recreation district board, who donated $1,000 to the fundraiser.