In northeastern counties, corn planting progressed but remained slightly behind the average. Planting and emergence of other crops picked up as conditions allowed, but the first cutting of alfalfa was delayed due to cool and wet weather. A county report noted producers were also treating alfalfa for aphids. Winter wheat and pasture conditions continued to improve from recent moisture. Heavy infestations of cheatgrass in areas were noted. 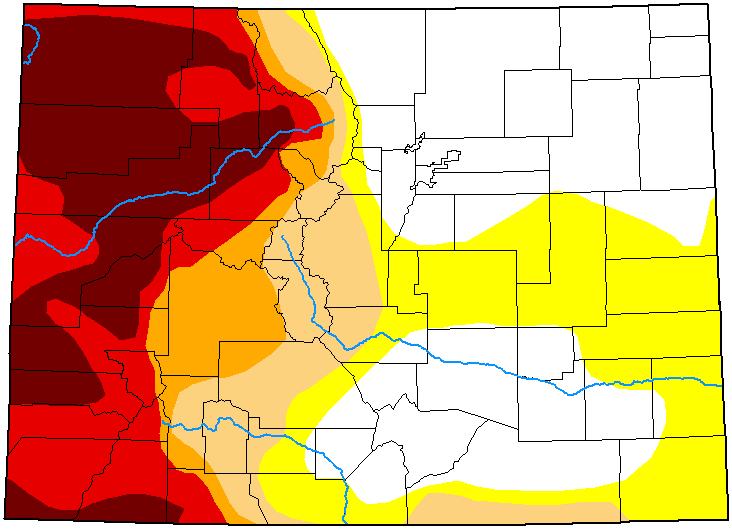 Drought in western counties continued to persist. Little moisture was received last week and windy conditions were observed. First cutting of alfalfa in the district progressed. Crops continued to advance but serious concerns remained regarding the drought. Local reservoirs were at extremely low levels.

In the San Luis Valley, rain and severe weather were observed at the end of the week. Isolated crop damage from hail was reported in areas. County reports noted crops were doing well, but some alfalfa was adversely affected by frost. Feed supplies remained short but recent moisture helped improve pasture and range condition. 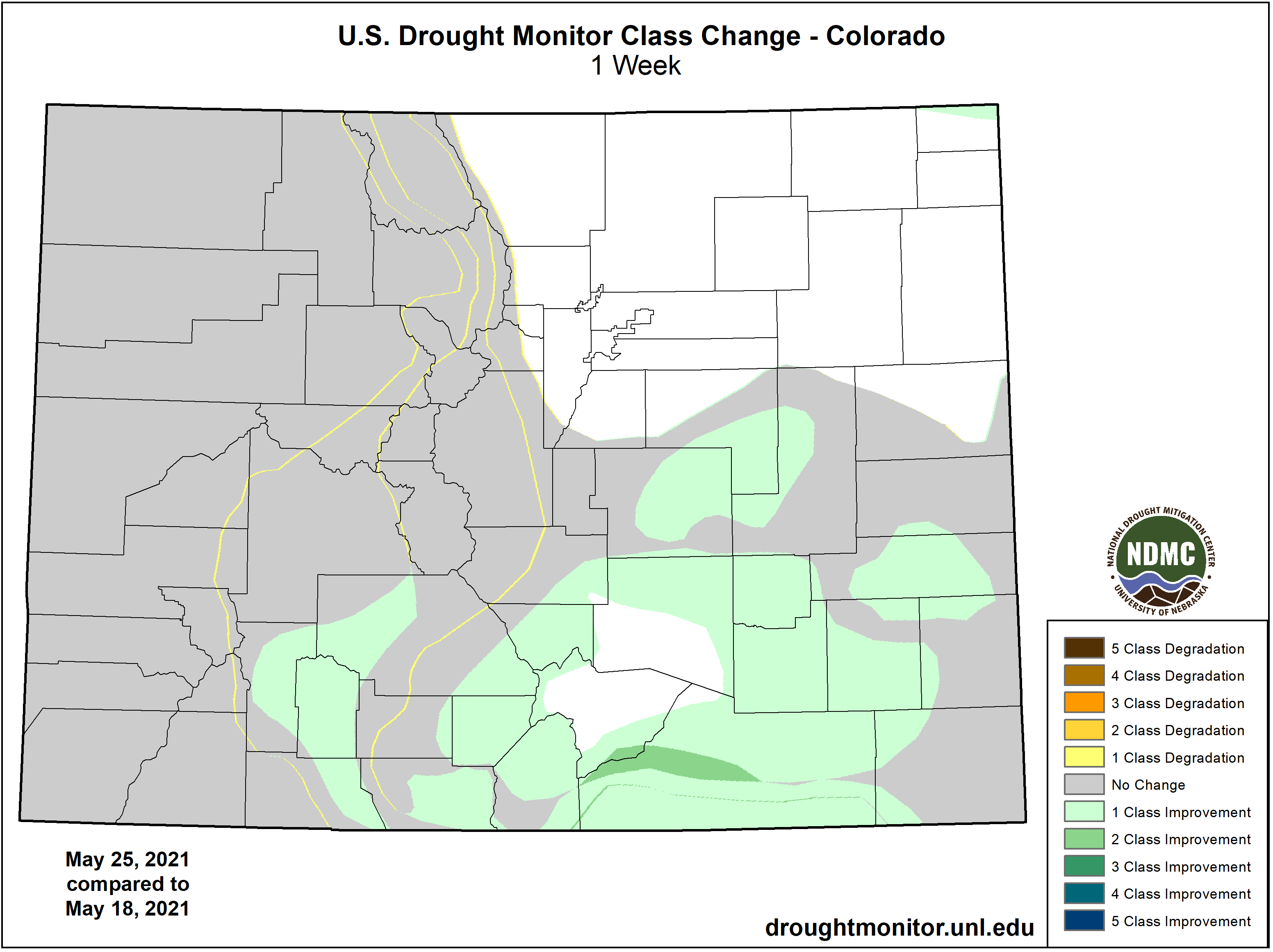 In southeastern counties, moisture was received over the weekend. Fieldwork delays continued due to wet conditions and a county report noted elevated insect problems in alfalfa.

As of May 26, 2021, snowpack in Colorado was 71 percent measured as percent of median snowfall. The Southwest and San Luis Valley were 40 and 48 percent, respectively, compared to the South Platte basin at 134 percent.