The County Line Rivals hosted their home tournament this weekend and here are the results.  The Rivals placed third in a field of  13 teams.  Cheyenne Mountain and Lamar JV tied for first with 172 points and with both teams having the same number of champions it went down to a coin flip and Cheyenne Mountain won the flip.  The Rivals scored 158.5 points for 3rd; Dumas scored 93 points; Holly with 89.5; Limon, 59.5; Ellicott, 50; Baca County, 42; La Junta, 23; Elizabeth, 22; Tribune-Greeley County, 12; Calhan, 11; and Stratton, 9.  Brendyn Nordyke from Holly was awarded the Outstanding Wrestler for the tournament.

The County Line Rivals individual results are as follows:

Jonathan Burbank won by decision over Jadon Lara from Cheyenne Mountain, 8-6; lost by pin to Ky Bandy from Limon in 5:59; lost by decision in overtime to Damian Mendoza from Dumas, 7-5; lost by major decision to William Wood from Ellicott, 11-1.  Burbank finished in 6th place. 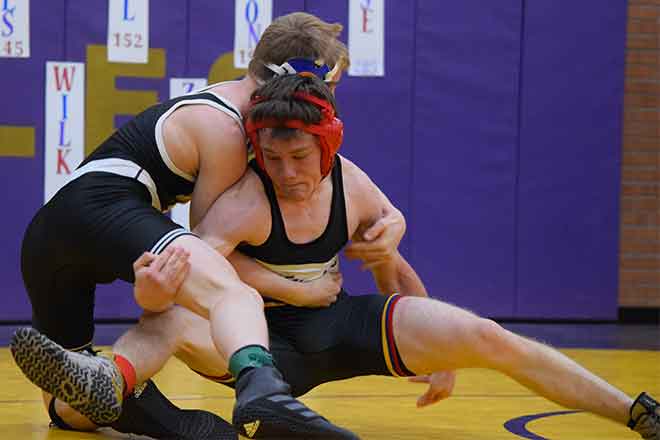 Christopher Torres lost by pin to Bradyn Tacha from Limon in 5:33 and lost by decision to Tanner Natelli from Ellicott, 10-4.  Torres did not place. 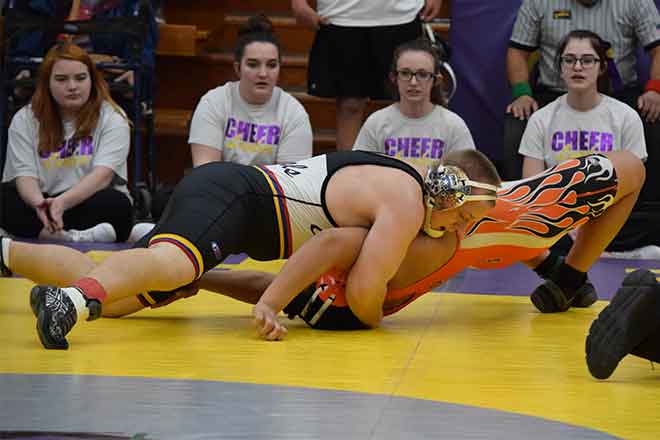 The Rivals will be traveling to Kiowa to compete next Saturday, January 26, with a 9:00 a.m. start time. Go Rivals!