Despite a series of storms over the previous weekin eastern Colorado, only slight improvements in drought conditions were noted, mainly in Prowers and Baca counties, while drought intensified in western Colorado.

Central and western Prowers County saw extreme drought withdraw to just portions of the northwest and southwest corners, while severe drought retreated to the center of the county. 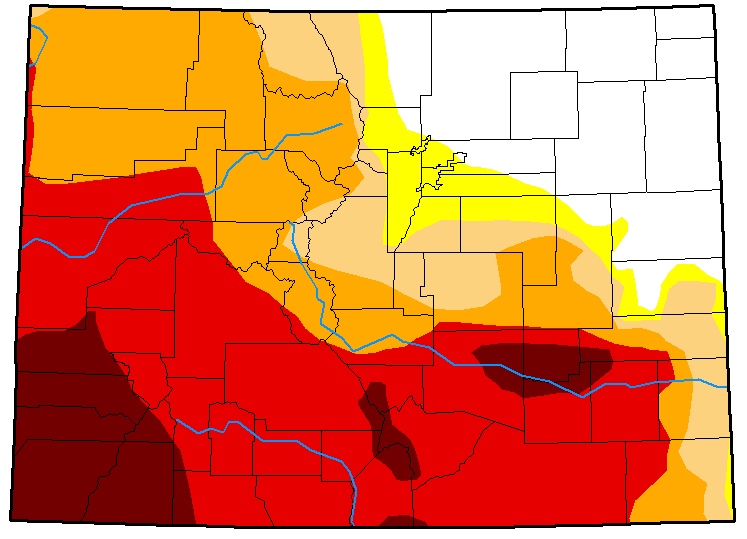 Severe drought gave way to moderate conditions for northeast Baca County, and abnormally dry conditions gained a foothold in the east central part of the county.

Northwest Colorado saw a substantial increase in severe drought conditions, which now cover nearly all of Moffat, Routt and Grand counties, as well as the southern quarter of Jackson County, eastern Clear Creek County, and the remainder of northern Summit County.

In the west central part of the state, extreme drought expanded across nearly all of Gunnison County and the remainder of Saguache and Hinsdale counties. A portion of southwest Chaffee County also moved into severe drought conditions.

Drought news and updates for Colorado. 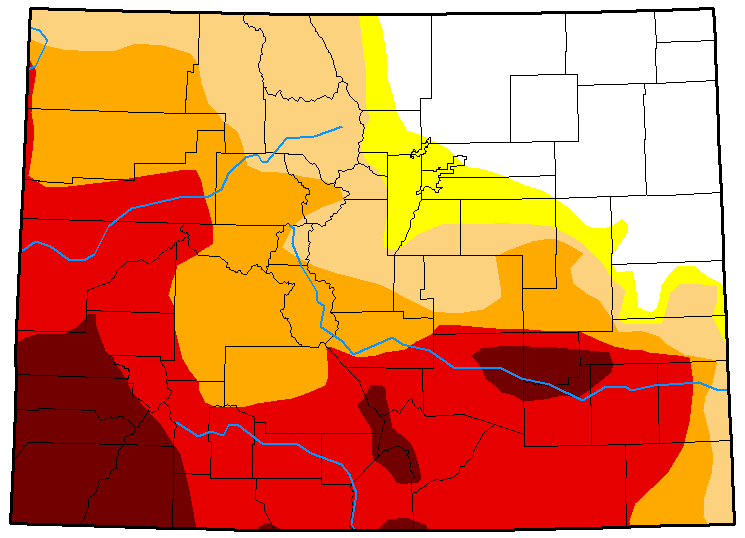 One year ago, 79 percent of Colorado was drought-free, while 21 percent was abnormally dry.