Eads seniors Joe Haase, Mollie Kelley, Amber Kopasz, and Hatch Nelson concluded their high school knowledge bowl careers in an impressive manner when the team finished in a tie for fifth place among the 16 1A teams that competed in the Colorado Knowledge Bowl State Championship. 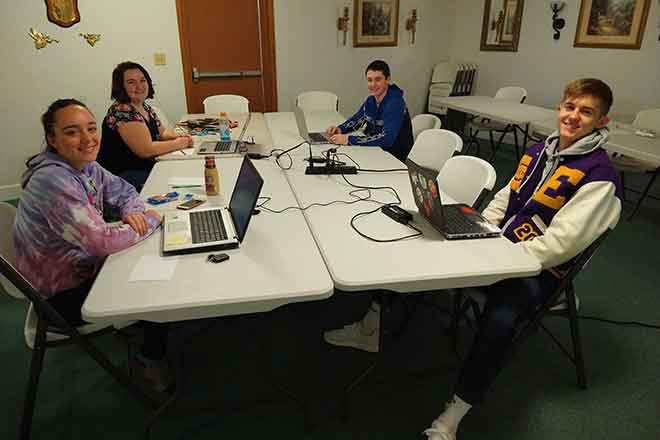 In addition to the strong finish for the varsity team, Maggie Haase and Rachel Kopasz were a force to be reckoned with when they stepped up to fill an empty slot in the tournament created when a team dropped out at the last minute.  The sophomore and freshman girls competed as a junior varsity team, so were not able to officially place in the tournament.  However, if their score had been included among the 1A varsity scores, the duo would have finished eighth.

The JV team ended up going head-to-head against two 5A teams in the first oral round.  The young team struggled during that round, but came back nicely in the rest of the oral rounds.  On the second day, they had the highest written round score among the all the 1A schools. 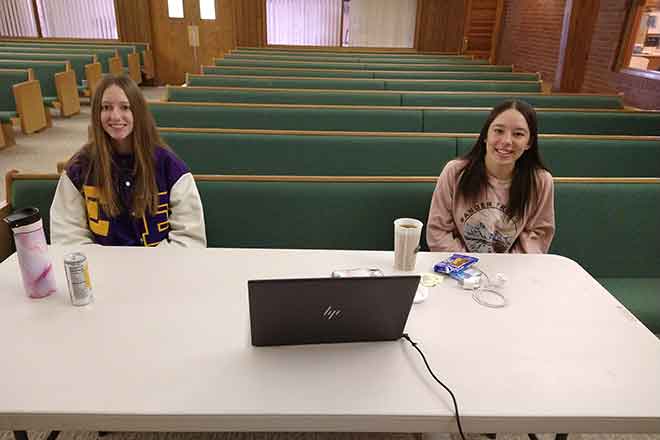 Eads High School was able to enter a junior varsity team in the Colorado Knowledge Bowl State Championship when a team dropped out at the last minute. Team members Maggie Haase and Rachel Kopasz represented Eads well in the competition. Courtesy Sue Fox

The team members and coaches would like to thank everyone involved with knowledge bowl for their support through this unusual season.  The school's filters would not allow the teams to compete online from the school, so special thanks goes to the First Christian Church in Eads for allowing the teams to compete from there.