Curt and Susan Russell have announced that they will sell WW Feed & Supply to the families of current employees Ryan Davis and Robby Froman. The Russell's have owned the business since 2000 and expect the sale to close in July.

Davis and Froman have been key employees of the business and will be principals in the new ownership. Davis, a native of Las Animas, earned his associates and bachelors degrees from Northeastern Junior College and Oklahoma Panhandle State University, respectively. Davis has experience in the feedlot industry, including serving as manager of Ribeye Feeders at Rocky Ford. 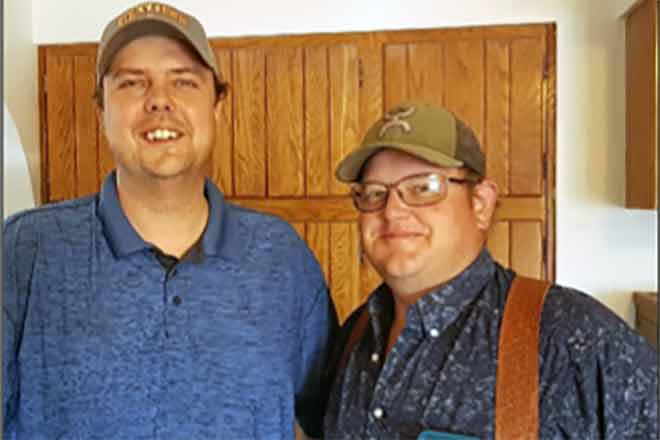 Davis joined WW Feed as operations/compliance manager in 2016. He has since added balancing rations, artificial insemination and serving as a back-up semi driver to his skill set. Davis and his 9-year-old son, Frank, raise 4-H show pigs.

Froman wears several hats at WW Feed, including semi driver, mechanic, artificial insemination technician, and dispatcher. Froman, a native of Ordway who grew up helping on the family cattle ranch, has worked as a service techician at Miguel Dairy and mechanic at Chad's Truck Repair, both in Texas. He also managed a purebred Angus ranch in Wyoming, before returning to Colorado in 2016 to join WW Feed & Supply.

Froman and his wife, Marline, have two children, Peyton and Tylyn, who are active in 4-H beef and horse projects, plus school sports and activities.

Over the course of nearly 20 years, the Russell's expanded the business from one employee to 10, and added a fleet of trucks and trailers to handle bag and bulk grain, custom mixes, cubes, liquid feed and cattle. They upgraded the facilities and added structures to house the increased volume of products.

They also added artificial insemination service through Select Sires MidAmerica, and for a 15-year period they also served as the official feed and bedding concessionaire at the Colorado State Fair and off-season horse and livestock shows.

With both sons grown, the Russell's will focus on their Simmental seedstock operation, Reflected R Ranch near Sugar City, while offering transitional assistance for Davis and Froman.