While a series of March storms brought drought improvements for parts of Colorado, the state has seen little change over the past two weeks.

Last week's most significant improvements were in the San Luis Valley, where portions of Rio Grande and Conejos counties saw moderate drought transition to abnormally dry conditions. Severe drought in parts of Conejos and Costilla counties moved into the moderate category. 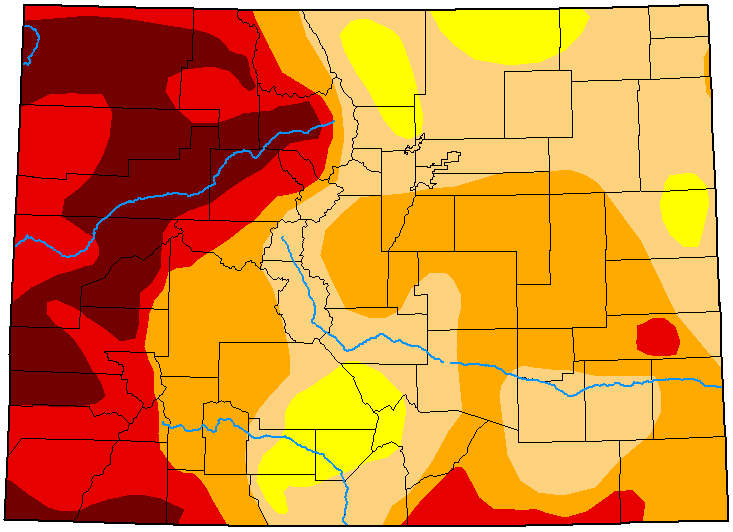 This week, conditions were steady across the state, with western Colorado largely remaining in extreme and exceptional conditions. Exceptional drought remains in areas of Montezuma, La Plata, Archuleta, San Miguel, Montrose, Mesa, Delta, Garfield, Rio Blanco, Moffat, Routt, Grand and Eagle counties. Most of the remainder of those counties are in extreme drought.

Portions of Las Animas, Baca and Kiowa counties in southeast Colorado are also in extreme drought.

Overall, eight precent of Colorado is abnormally dry. Moderate drought covers 31 percent of the state, while severe conditions account for an additional 30 percent. Extreme drought is present in 17 percent of Colorado, with 15 percent in exceptional conditions. Total does not equal 100 due to rounding.

Just over 4.6 million people in Colorado are in drought-impacted areas