Two weeks after extreme drought returned to Colorado, the impacted area has continued to expand according to the latest report from the National Drought Mitigation Center.

Extreme conditions expanded to the west and south, reaching portions of Montezuma, Dolores San Miguel and Ouray counties. All or portions of San Juan, La Plata, Archuleta, Hinsdale, Mineral, Saguache, Rio Grande, Conejos, Alamosa, Costilla, Custer, Huerfano and Las Animas counties in south central Colorado were in the third worst category on the drought scale during the prior week. 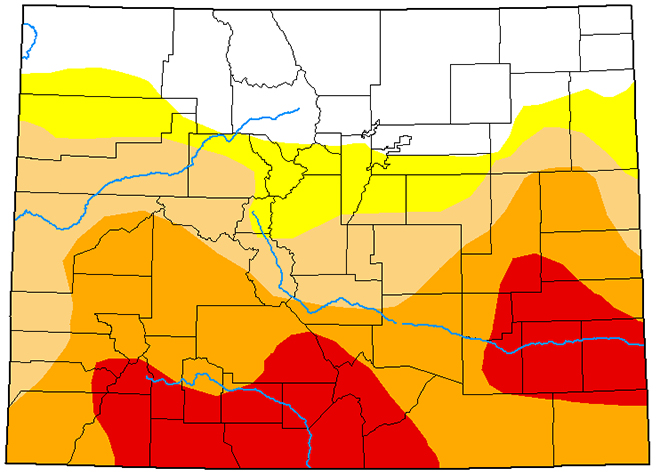 In the southeast, extreme drought continued to encompass all or parts of Lincoln, Cheyenne, Crowley, Kiowa, Otero, Bent, Prowers, and Baca counties. The extreme northeast corner of Las Animas County is also impacted by extreme conditions in addition to western portions of the county.

Abnormally dry conditions dropped from Weld, Morgan, Logan, Phillips and Sedgwick counties as parts of the region recorded precipitation 150-400 percent above normal for the week. 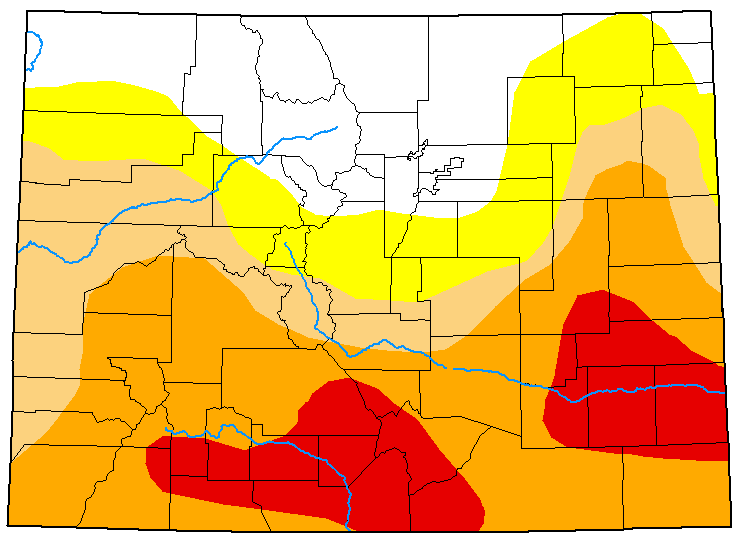 Nearly 1.6 million people in Colorado are in drought-impacted areas. Dry conditions have contributed to fire danger concerns. Saturday, more than half of the state's counties were under a red flag warning due to dry, windy conditions and low relative humidity.