Hunting Tips – Moose or Elk – Be Sure of Your Target 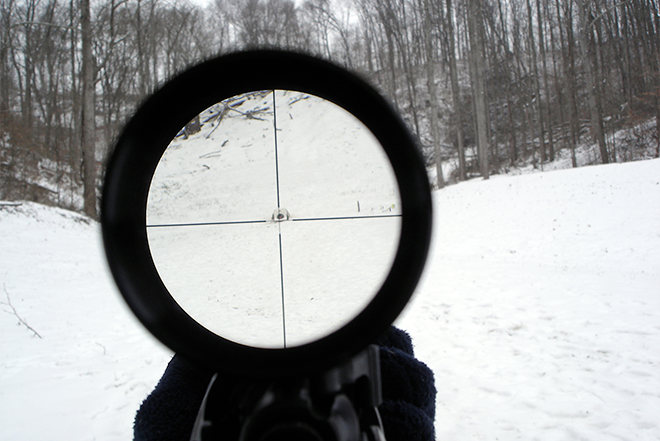 by Colorado Parks and Wildlife

Reintroduced to Colorado more than 30 years ago, moose are thriving in many parts of the state. Unfortunately, almost every year hunters inadvertently shoot moose. During the last few years more than a dozen moose have been killed during each season by hunters who thought they were shooting elk.

Elk hunters need to be sure to know the difference between these two ungulates. If a hunter without the proper license shoots a moose, the fine can be more than $1,000 and hunting privileges can be lost. 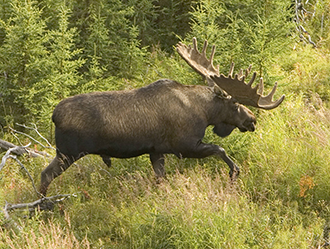 Moose are the largest members of the deer family and have adapted to a variety of habitats. They favor willows along streams and ponds. But be aware, some moose also inhabit lodgepole pine, oak brush, aspen, spruce, fir and even sagebrush--in other words, the same areas where elk live. Moose can be found in almost any high-country habitat area of Colorado.

There's no excuse for mistaking these animals. They are vastly different in size, color, antler shape and habits. A mature Shiras bull moose weighs 1,200 pounds--about twice as much as the average bull elk. Moose are dark brown and appear almost black. Elk are light brown--a bull elk can be almost golden--with a pale-yellow rump.

A moose has a very large, long and bulbous nose and a "bell" of fur under the throat. An elk's snout is much narrower and it has no "bell." A mature bull moose has broad, flat antlers, unlike the pointed antlers of an elk. But the antlers on some young bull moose have not flattened out yet, so hunters need to look over the entire animal before pulling the trigger.

Moose act very differently than elk when approached by humans. Typically, moose will not flee like elk at the sight of a hunter, which makes them easier to kill. So, if it sees you and doesn't run, it's probably a moose. 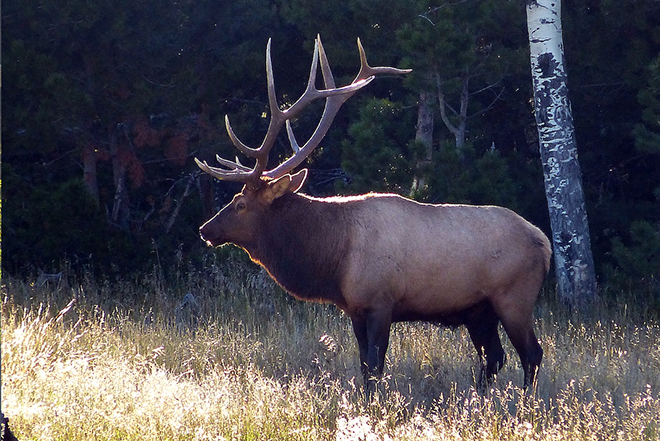 Despite these readily apparent differences, every hunting season brings a number of illegal moose kills. Circumstances vary from mistaken identity by hunters to blatant poaching. The common denominator in most accidental kills is that the hunter is only using the rifle scope as an optical aid. Always carry binoculars or a spotting scope to help you properly identify the species you are hunting.

The first moose to reach Colorado - 12 from Utah - were transplanted by wildlife biologists in the North Park region near Walden in 1978. More animals were transplanted over the years and now the population statewide is estimated at about 2,550.