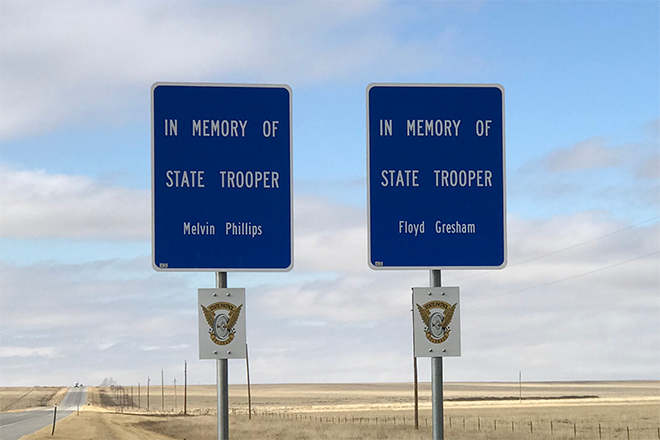 Signs are being installed along roadways across Colorado to honor State Patrol members who have died in the line of duty. 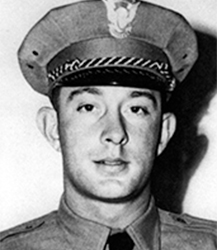 Two were recently unveiled along US Highway 40/287 in Lincoln County south of Hugo in memory of Patrolman Melvin E. Phillips and Patrolman Floyd E. Gresham. Both were killed during a traffic stop February 2, 1956.

According to the Colorado State Patrol, the patrolmen died instantly when their car was crushed between semi trucks. They had stopped one truck and were seated in the car, with the truck driver in the back seat. A second truck crashed into their vehicle from behind, ramming it into the parked semi. The force of the impact pushed the patrol car 65 feet and the parked truck, which had its brakes set, was moved 70 feet. It is suspected that the driver of the second truck had fallen asleep. 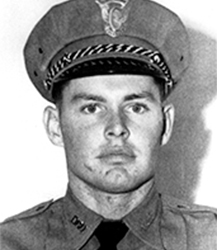 Patrolman Phillips had joined the agency in 1954, while Patrolman Gresham had started his career with the Patrol just less than a month before the crash.

Since the Patrol was founded in 1935, 27 of its members have died in the line of duty, including three in past three years: Trooper Taylor Thyfault, Trooper Jaimie Jursevics and Trooper Cody Donahue.

A memorial page for fallen Patrol members can be found on the agency's web site.