Back in 2015, "Jurassic World" briefly set the box office record for biggest opening weekend of all time with $208 million before climbing to #3 on the overall domestic chart. It seemed as though people couldn't get enough of dinosaurs chowing down on some arrogant human victims. Now comes "Jurassic World: Fallen Kingdom", which opened this past weekend to a relatively tame $150 million. People still want to see the dinos, but it's a little less special this time. It's a serviceable metaphor for the movie itself - the dinosaurs aren't exactly "boring," but we have a pretty good idea of what we can expect from their antics. The humans, on the other hand, may qualify as boring.

Chris Pratt and Bryce Dallas Howard are back as raptor wrangler Owen Grady and dino lover Claire Dearing, respectively. Jeff Goldblum also returns as Dr. Ian Malcolm, but don't get too excited, he only cameos to get in some soundbites for the film's advertising. At the start of the film, the island that hosted the Jurassic World theme park is in danger from a previously-unknown active volcano. Claire desperately tries to get the government to rescue the endangered species, but they refuse to do so because the dinosaurs are owned by a corporation. At least that's the official reason, it's probably more because the creatures tend to show their gratitude by eating registered voters. 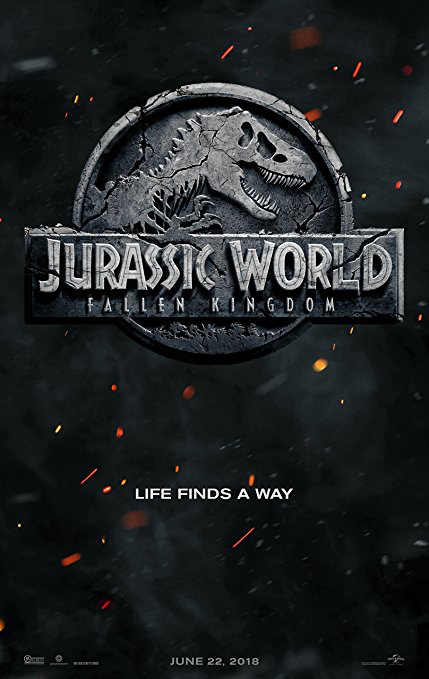 Salvation comes in the form of mysterious billionaire Benjamin Lockwood (James Cromwell) and his assistant Eli Mills (Rafe Spall). They're willing to bankroll a mission to rescue the dinosaurs from the precarious island and give them a new home in a nature preserve. Okay, everybody who believes that they're not up to something more sinister, please do a backflip now. Still, it might be the last chance for the dinos, so Claire recruits old flame Owen as well as tough-cookie veterinarian Zia (Daniella Pineda) and whiny techie Franklin (Justice Smith) for the mission. They get to the island and Owen tries to use peaceful methods to get his old raptor friend Blue to come quietly with them, but the goons on Mills' payroll just shoot everything with tranquilizers and stuff them in inhumane cages, leaving our heroes for dead. The dinos' destination is not a lush preserve, but Lockwood's estate, where they'll be sold to the highest bidder, likely someone who will use their DNA for nefarious purposes.

The climax of the film is our heroes running around the Lockwood estate, working to protect the dinosaurs worth protecting and saving the humans worth saving. One of those humans is Lockwood's "granddaughter" (Isabella Sermon), who was the reason why Lockwood was considered too crazy and immoral to share the company of original dino-breeder John Hammond. A lot about this portion of the movie is silly, but at this point, silliness is this movie's friend. It wasn't really getting anywhere taking itself seriously.

The latter half of "Jurassic World: Fallen Kingdom", where the carnivorous dinosaurs treat the Lockwood estate like their personal buffet (one teases a particularly heelish captor with its tail, bring new meaning to the phrase "playing with your food") somewhat makes up for the lackluster first half. We know the reluctant Grady is going to go on the mission, we can guess who's going to turn out to be a bad guy, and we dread everything about the annoying Franklin, yet these elements are stretched out for way too long. But the part where the dinosaurs are captured, which seems like the setup for some exciting adventures, is done almost entirely offscreen. Oh well, at least we can look forward to the inevitable devouring of a snooty auctioneer played by Toby Jones. If you're dying for some dino action, you'll find it here, but there's not much that hasn't been covered by other "Jurassic" movies.

"Jurassic World: Fallen Kingdom" is rated PG-13 for intense sequences of science-fiction violence and peril. Its running time is 128 minutes.