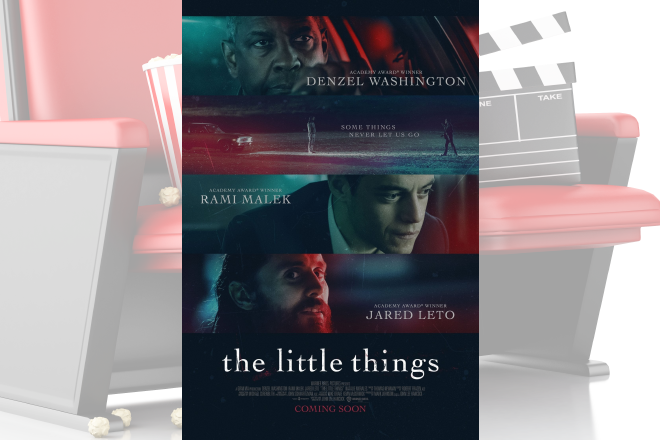 We all know that 2020 was a weird time for the movie business (as well as every other business), but the weirdness started back in January, before everything went haywire. "Bad Boys for Life" made $206 million at the domestic box office and wound up as the biggest theatrical release of the year. Obviously that achievement wouldn't have held up to stronger competition had more blockbusters been allowed to open, but it still counts. And even if it didn't sit atop the year-end list, it still would have made more money than any film to ever open in January by nearly $60 million (movies like "American Sniper" that technically opened in December and then went wide in January don't count). The point is that January is traditionally not the time for juggernauts like "Bad Boys for Life." It's a time for certain flops to become lesser flops because they are able to be the big new release on weekends no other studio wanted - for good reason. In that way, 2021 is a return to tradition. We've only had two new movies this year: "The Marksman," from last week, and "The Little Things" from this week. Both films' biggest selling point is nothing more than a dearth of competition. The studios weren't going to make much money with these movies anyway, might as well capitalize on that advantage.

"The Little Things" is a detective movie starring Denzel Washington and Rami Malek. As with "The Marksman" and Liam Neeson, the studio just wants to sell you on its stars without doing much to sell the film's style or story. Denzel plays Joe "Deke" Deacon, a veteran cop visiting his old haunt of Los Angeles in 1990. Malek is Jimmy Baxter, a young hotshot detective on the hunt for a serial killer. Deke can't help but compare Jimmy's current charge with an unsolved case he worked five years ago - a murderer with... let's say two or three victims. Deke went crazy from the case, suffering a heart attack and alienating the rest of the department. He agrees to help Jimmy with the new case, but warns him not to become obsessed like he did. Jimmy acts like he's too cool to behave like that, but secretly he's falling into the same trap.

A break in the case revolves around Albert Sparma (Jared Leto), a creepy repairman with a connection to one of the victims. He taunts Deke and Jimmy in the way that only the incredibly guilty can when they're sure they can't be caught. But he's falsely confessed to a murder before, and if he wasn't the killer then, it stands to reason that he's not the killer now. Even if he's not, he's guilty of obstruction, and I think he deserves anything bad that happens to him, but the law says he has rights. Deke and Jimmy bend the rules collecting evidence and interrogating Sparma, who gets a sick pleasure out of seeing the two get flustered over him. Then one of them gets really sloppy, making a decision way too dumb for a professional detective, and things go south.

The first three quarters of "The Little Things" are boring and the last act relies on staggering stupidity. The cast does what they can with this material, but not even three Oscar-winning actors can elevate this drivel beyond a C-. Then again, I didn't see the film under the best of conditions. Due to a scheduling conflict, I had to settle for watching this at home on HBO Max. It certainly saved me time, but it's just not the same as seeing a movie on the big screen, even one as disposable as this. If you can, try to see this movie in a theater, which sure could use your business right now. Or better yet, see a better movie like "News of the World" or "Promising Young Woman."

"The Little Things" is playing in theaters and streaming on HBO Max. The film is rated R for violent/disturbing images, language and full nudity. Its running time is 127 minutes.