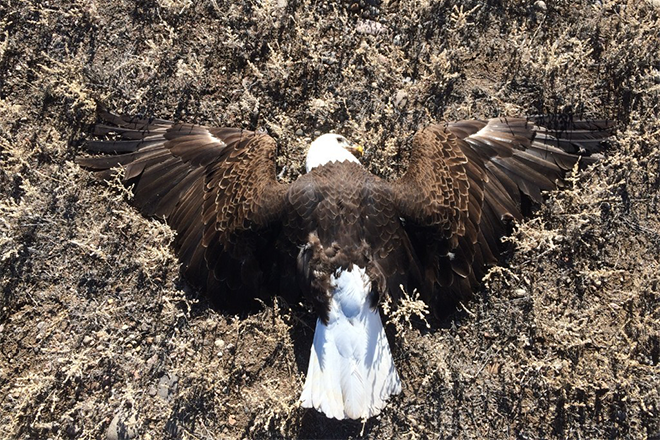 An investigation by Colorado Parks and Wildlife officers into the poisoning of bald eagles in the San Luis Valley ended with the conviction of a Rio Grande County man.

John L. Divine, 77, pleaded guilty to 10 misdemeanors of illegal take of wildlife and using poisons to kill wildlife. He paid $8,283.50 in fines in April.

Divine told wildlife officers that he put out the poison because he claimed coyotes were killing his sheep.

"His actions caused the death of multiple species of wildlife, including five bald eagles, a coyote, a fox, magpies, crows and ravens," said CPW Wildlife Officer Jeremy Gallegos. "Putting out poison is dangerous and can be deadly for wildlife, domestic animals and people."

The investigation started in January 2017, when Gallegos received a call from a man who reported that he'd found parts of a domestic sheep in a culvert that appeared to be slathered with poison and also several dead magpies nearby. Gallegos immediately went to the location in Saguache County and saw that the domestic sheep was covered with a thick yellow liquid. He also collected seven dead magpies and took the parts of sheep carcass for evidence.

"It was obvious that this was an intentional act," Gallegos said. 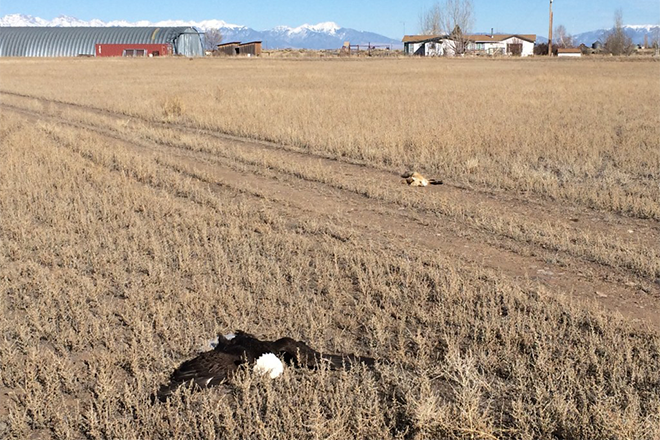 Dead eagle and fox in a field. Courtesy CPW

Gallegos returned the next day and found another dead magpie and more pieces of a dead sheep freshly placed in the area.  He also noticed tire tracks near the ditch. He decided that the site needed to be monitored around-the-clock, so he set up a game camera nearby.

Again, the wildlife officer returned the next day. Imbedded in the ground were fresh tire tracks identical to those he'd seen the previous day; and in the culvert he found what appeared to be a sheep's liver coated with a liquid. He also found another dead magpie.

Gallegos retrieved the capture card from the camera and suspected that the images would break the case open. The photos showed a white pick-up truck at the site and a man carrying what looked like the sheep's liver. The man in the photo was identified later as Divine, a local rancher.

January 21, 2017, Gallegos and another officer were driving to Divine's house when they spotted the vehicle seen in the photos and pulled it over. Divine identified himself and Gallegos explained what they'd found and that he'd been identified in a photo.

"I told him that the poison could kill more wildlife, including raptors," Gallegos said.

Divine said he was trying to stop the coyotes and that he'd put anti-freeze on the sheep. He also said he'd only baited one spot and then he led the officers there. But it was not the same location that Gallegos had initially investigated. 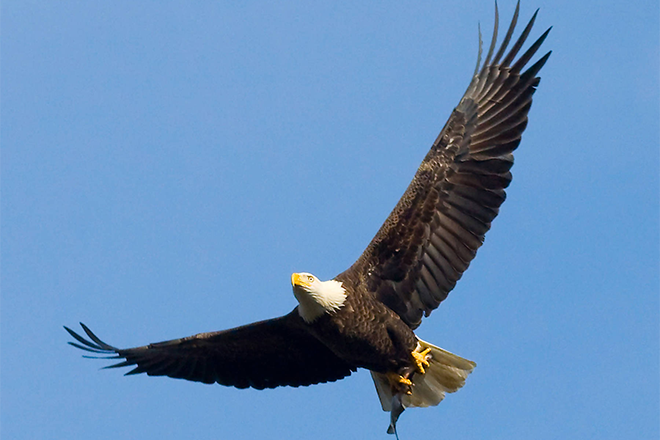 When they arrived Gallegos told Divine, "You're not telling the truth." After more questioning, Divine eventually admitted also to baiting at the other location. Gallegos issued a ticket to him on the spot and Divine paid a fine of $362.50 February 7.

Payment of the ticket, however, did not end the investigation. February 3, Wildlife Officer Tony Aloia received a report of a bald eagle that appeared to be sick at a location about a mile away from one of the bait sites. The officer spotted the eagle and captured it; and while he was there he found carcasses of two more eagles, a coyote and a red fox. A third dead eagle was later found in the area.

The injured eagle was taken to CPW's wildlife facility at Frisco Creek where it was nursed back to health and released back into the wild in March 2017.

Two additional dead bald eagles were located during the month of March, both in the same general area, and retrieved by Wildlife Officer Luke Hoffman.

To determine the exact cause of death, the dead animals were taken to CPW and U.S. Fish and Wildlife Service testing labs on the Front Range. Samples of the bait were also submitted for analysis. Results showed that it wasn't anti-freeze the animals ingested but Furadan, a pesticide that had been banned by the EPA in 2009 because it caused unacceptable health risks. The chemical had been used to control insects but was also found to be killing migratory birds and posed a serious danger to humans.

"The evidence clearly showed that all these animals were killed by the pesticide put out by Mr. Divine," Gallegos said. 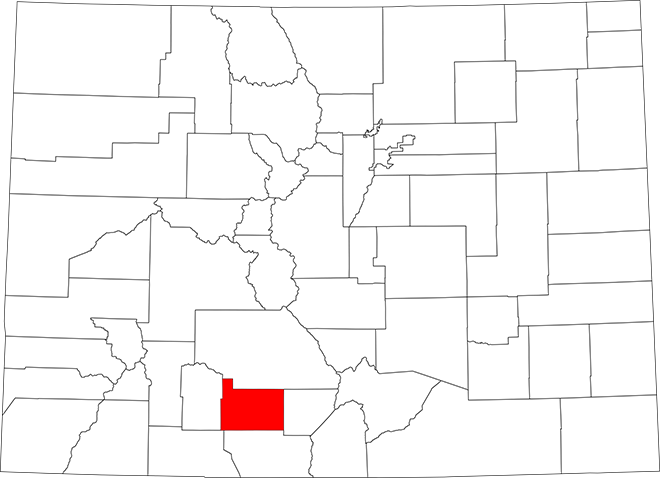 Gallegos continued to assemble evidence through the spring and summer. He attempted to meet with Divine in July, but the man refused. Divine eventually hired an attorney. After receiving test results on the cause of death and not finding any additional dead eagles, Gallegos met with Divine's attorney and served the citation with the new charges in late November 2017. Divine admitted guilt and eventually paid the fine.

The reports about the dead animals from area landowners were critical in solving this case, Gallegos said.

"Without these individuals taking that step to notify us, we probably would have never known fully why the bald eagles were disappearing in the area, and there wouldn't have been any accountability for the individual responsible," Gallegos said. "It goes to show that we all can be a voice for wildlife."
A representative of the U.S. Fish and Wildlife Service said that poisoning is one of the top five factors in eagle mortalities nationwide.

William Perry Pendley will be formally...