Precipitation varied across the Wyoming for the week ending September 11, 2022, according to the Mountain Regional Field Office of the National Agricultural Statistics Service.

Zero to trace amounts of moisture were received in the majority of the southwest, while portions of the northeast received upwards of two inches of rain. The greatest amounts fell in central Sheridan and Campbell Counties, as well as in western portions of Crook and Weston Counties.

According to the US Drought Monitor for September 8, 2022, minor changes were seen in moderate drought and abnormally dry conditions. For the fourth week in a row, the amount of land rated drought free was unchanged at 9.9 percent. Abnormally dry conditions fell by 3.6 points to 31.0 percent from the previous week, while moderate drought increased by the same amount to 37.9 percent from the previous week. Severe and extreme drought conditions once again held steady at 19.6 and 1.6 percent, respectively. 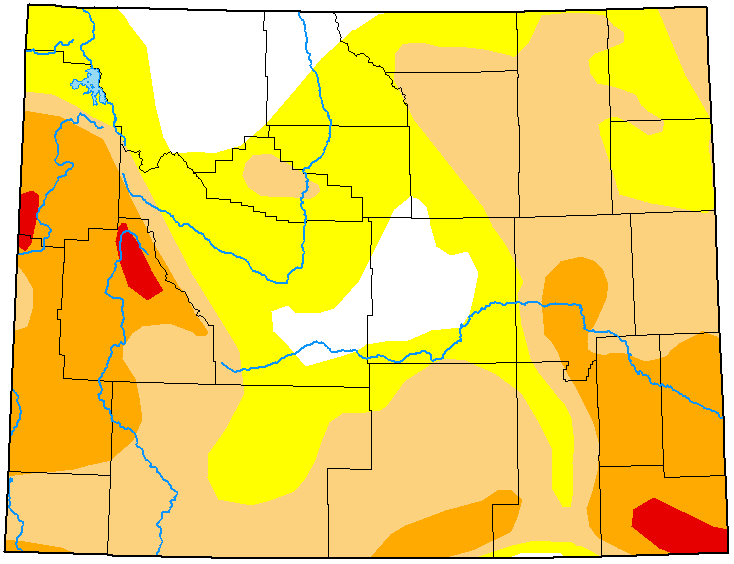 Fall arrived in Lincoln County last week with frost some mornings. The frost affected some alfalfa fields and blackened many gardens. Vegetative growth was diminishing. Some producers ceased irrigating fields due to the lower temperatures.