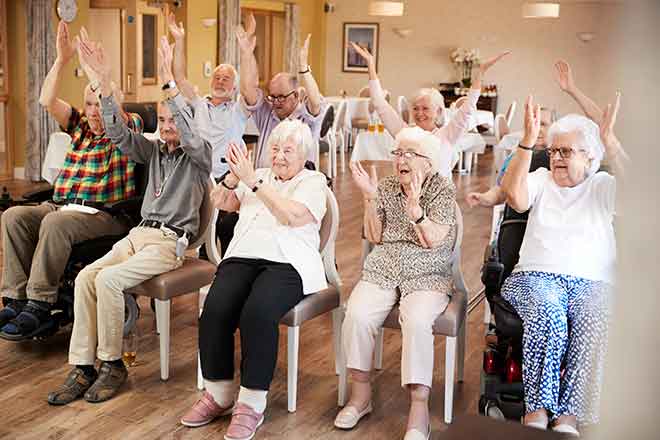 (The Center Square) - With Friday beginning open enrollment for those qualifying for Medicare, a new report by MedicareGuide.com found that one in four senior citizens have $500 or less in savings for a medical emergency.

The findings come after the Centers for Medicare and Medicaid Services announced that the standard Medicare Part B cost for 2021 was increasing by nearly $4 a month, to $148.50.

Because Medicare Part B premiums and out-of-pocket costs are growing faster than annual cost-of-living adjustments, health care costs are eating into a larger share of Social Security benefits many seniors rely on to live.

Recognizing increasing costs were outpacing income, and in response to rising inflation, the Social Security Administration recently announced it was rolling out its largest cost-of-living increase in nearly 40 years.

In fiscal 2020, Medicare was expected to cover about 63 million people (54 million seniors and 9 million disabled) at a total cost of about $836 billion, a report by the Congressional Research Service found.

In 2021, an average of 65 million Americans receive Social Security retirement benefits, totaling over $1 trillion, the SSA states. Retired workers and their dependents receive an average monthly benefit of $1,555.

"As we enter the fall Annual Enrollment Period, it's a good time for folks to take a close look at their finances," Jeff Smedsrud, cofounder of MedicareGuide, a parent company HealthCare.com, said in a statement.

"During AEP people can sign up for Part D prescription drug coverage, change Medicare Advantage plans, and switch between Original Medicare and Medicare Advantage," he added. "Cash-strapped seniors may be eligible for plans that offer better savings and coverage than their current plan."

The MedicareGuide.com survey found that many seniors are confronting a lack of savings for their medical bills, with 67% saying they are "somewhat or very concerned about paying for healthcare costs." And 46% said they were "very or somewhat concerned" that a major health situation in their household could lead to medical debt or bankruptcy.

Thirty-seven percent of respondents between the ages of 60 and 65 found it difficult or very difficult to pay for health care; whereas 28% said they would use savings (retirement or non-retirement) to pay for a severe illness. Nearly a third, 29%, said they put off other expenses in order to afford health care.

Slightly more than one-third, 36%, spent more than $1,000 on out-of-pocket health care services in the last year, with the majority surveyed, 65%, also attempting to save on prescription drugs.

The findings are similar to another survey conducted by The Senior Citizens League (TSCL). It found that two-thirds of senior households spent more than 24% of their Social Security benefits on health care.

Sixty-six percent of retirees spend more than $375 a month on health care costs according to TSCL's survey. "That figure is almost one quarter of the average $1,523 per month Social Security benefit in 2020 and more than the Medicare Trustees estimate for 2020," Mary Johnson, a Social Security and Medicare policy analyst for the League, said in a statement when the survey was released earlier this year. "Even worse, of that group, 31 percent of survey participants said they spend more than $1,000 a month on total healthcare costs - roughly two-thirds of the average Social Security benefit."

In 2019, the Government Accountability Office estimated that 48% of households ages 55 and older have no retirement savings or other form of pension outside of Social Security.

According to a recent study by the Employee Benefit Research Institute, an older couple retiring in 2017 required $280,000 in savings to cover medical costs in the future.

Another report by the Journal of General Internal Medicine found that 1 in 4 seniors are near bankruptcy. By 2018, the number of seniors declaring bankruptcy had doubled since 1999, MarketWatch reported.

To help seniors deal with medical costs and debt, Medigap has listed several resources as well as other nonprofit organizations providing aid by geographic regions throughout the U.S.