Most of Colorado Now Drought-Free

Published Friday, May 5, 2017
by Chris Sorensen

Following a weekend that saw some rain and extensive heavy, wet snow across much of eastern Colorado, drought conditions continued to show significant improvement. 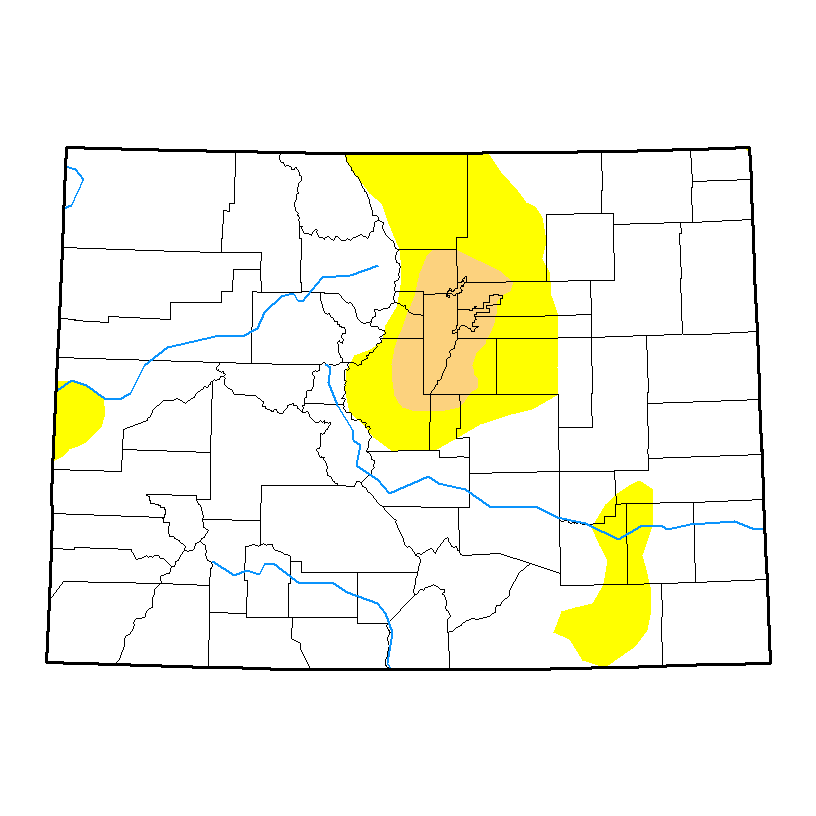 All of Jefferson, Broomfield and Denver counties remain in moderate drought, along with portions of Boulder, Gilpin, Clear Creek, Park, Teller, Arapahoe, Adams, and Weld counties.

While most of western Colorado has been drought-free for months, portions of Jackson, Routt, Moffat and Rio Blanco counties recently slipped to abnormally dry conditions. Those areas have returned to normal conditions.