(The Center Square) - Some lawmakers in Washington are trying to overhaul how inheritances are taxed, and it could be devastating to New Mexico's family farms and ranches, association groups say.

The Sensible Taxation and Equity Promotion (STEP) Act, introduced by U.S. Sen. Chris Van Hollen, D-MD, would allow the government to retroactively tax heirs on all value added to their inheritance over the course of the decedent's lifetime - not just since the decedent's death. 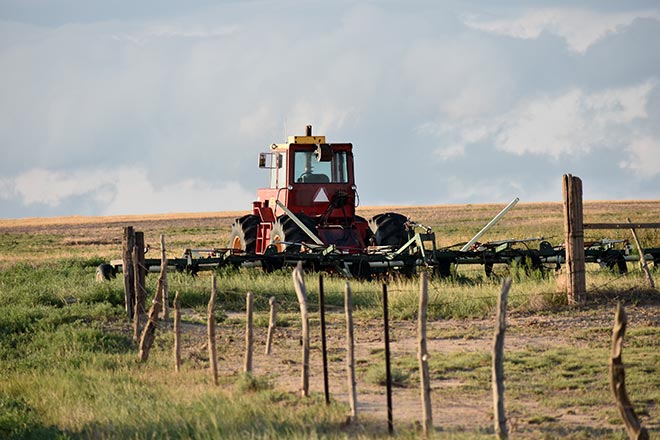 Tamara Hurt, chair of the taxation committee for the New Mexico Cattle Growers' Association, said these bills if passed would be devastating to the livestock industry.

"Most producers work really hard and live below their means because they never know when the next drought is going to hit or the next horrible drop in prices, so they always hold back and live not extravagantly, but unfortunately they accumulate assets," she told The Center Square. "And so often they die with assets that could be taxable in a devastating way for inheritance taxes."

Both the Bush and Trump administrations fostered a friendlier inheritance tax climate including supporting the current estate tax exemption levels.

Hurt said those are "a wonderful thing" because they allow these farms and ranches to pass on to the next generation. Hurts own family ranch is fifth-generation.

"Let's say you have a ranch that's worth $10 million, which seems like a lot of money if you're Joe Blow and you own a house and a car, but in a ranching operation, it really takes probably that much in assets just to support a family," she said.

If these bills pass, taxes could become so burdensome that heirs could have to sell half the ranch to afford the taxes, cutting an operation in half, Hurt said.

On top of this, Hurt points out the gargantuan task of attempting to calculate inheritance taxes according to the STEP Act law, which would tax all gains made from the original value of the assets.

"Frankly, keeping up with that is kind of a nightmare because that means everybody has to keep up with what bases is and pass that information on to their children before they die - or whoever inherits their assets," she said.

Another aspect of moving the base all the way back to the decedent's purchase value is that most of the capital gains made on assets over the lifetime of the decedent are actually reflective of inflation, Hurt said.

At the end of the day, it is hard-working families who live frugally that will be hurt, she points out.

"We raise New Mexico beef from our family to yours, and that is important," Hurt said. "That makes people have a lot of faith in our product because it's not just some big corporate conglomeration; these are families that are out there working."