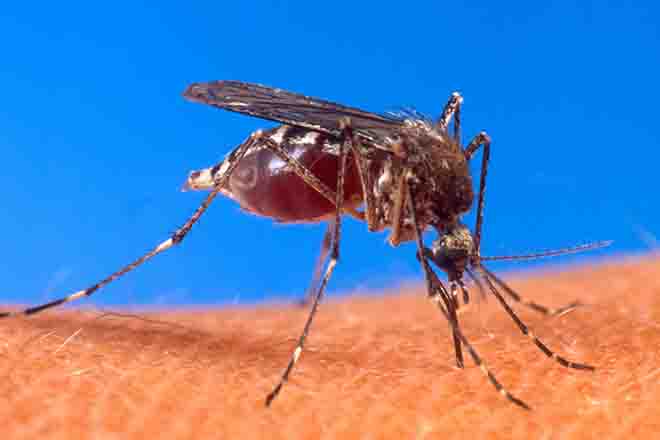 The county detected the virus in its seasonal mosquito surveillance this week. It marks the first time in 2022 that the county has encountered a West Nile Virus-positive mosquito.

"It is especially important for everyone to be vigilant in preventing mosquito breeding and mosquito bites now that we have had some significant monsoon rains," the county said in a news release.

While the infected mosquito is the first for Pinal County in 2022, Maricopa County has reported 20 confirmed or probable mosquitoes that contained WNV.

The county uses the data to reduce the risk of mosquito-borne diseases to people in Pinal County.

"Last year, we had a significant West Nile Virus season in Pinal County and statewide," Chris Reimus, who manages the County's Environmental Health program, said in a release. "This year, things have progressed more slowly, but it is still important to be vigilant to protect our community. Our program focuses on surveillance and source reduction of mosquito breeding areas. If everyone does their share to reduce mosquito breeding in the community, it can go a long way to protect our citizens and their families from disease."

There were 1,567 known or probable cases of West Nile Virus in Arizona in 2021; it resulted in 99 deaths, according to the Arizona Department of Health Service. That total, driven by a particularly active monsoon season, stands as the highest number to date.