Two fires burning in Garfield County continued to expand Tuesday, with the Pine Gulch Fire along the Garfield-Mesa county line growing by 12,000 acres to 42,222, and the Grizzly Creek Fire reaching 3,200 acres according to the latest reports.

More than 650 firefighters are battling the Pine Gulch Fire, which started July 31 about 18 miles north of Grand Junction. The fire has been growing to the north and east under hot, dry conditions and wind gusts as high as 30 miles per hour. 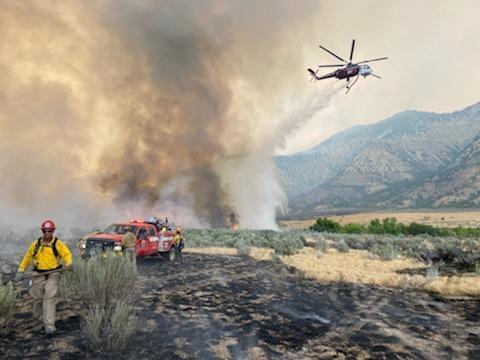 The fire has been at seven percent containment since Sunday as crews work to build and maintain lines along the southern fire perimeter. Planes and helicopters are also being used to help slow the fire's spread. 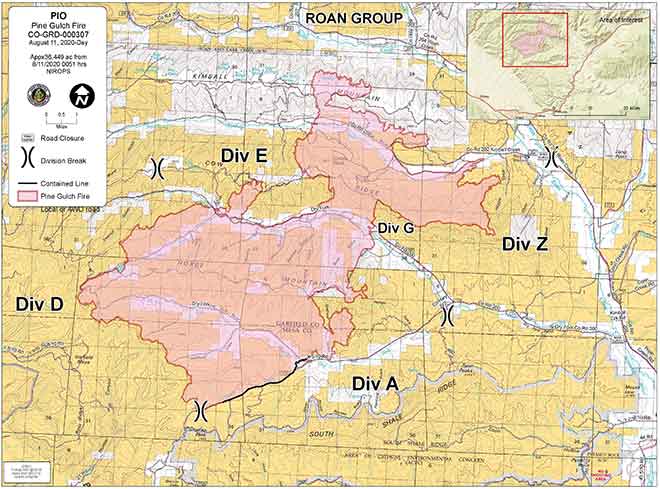 The Grizzly Creek Fire east of Glenwood Springs has forced the continuing closure of Interstate 70 from Glenwood Springs to Gypsum. A reopening time has not been announced. Lengthy detours are in place, how heavy traffic on narrower roads could contribute to further delays. Cottonwood Pass Road in Eagle and Garfield counties is also closed.

Evacuations were ordered for the No Name, Lookout Mountain and Coulter Creek communities Tuesday as more than 200 firefighters attempt to stop the fire's spread. 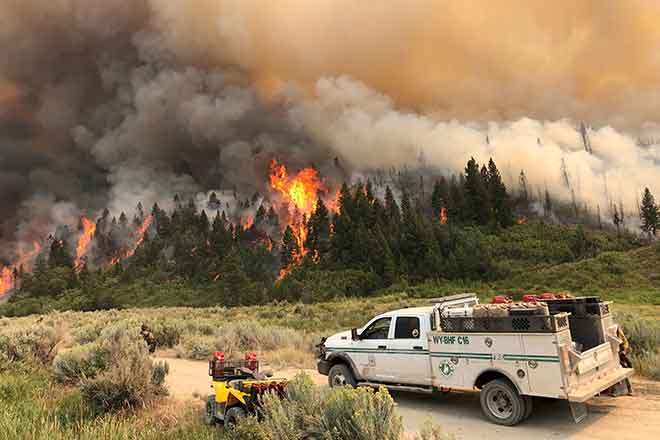 A red flag warning for ongoing high fire danger is expected to be in effect from 11:00 a.m. through 8:00 p.m. Wednesday in northwest and west central Colorado. Temperatures are predicted to reach the upper 90s while relative humidity falls below 10 percent.

An air quality health advisory, issued by the Colorado Department of Public Health and Environment, is in effect for Mesa, Garfield, Rio Blanco, Routt and Eagle counties through at least Wednesday morning due to smoke from both fires. CDPHE has been issuing advisories on a daily basis. Moderate to heavy smoke could cause breathing difficulty for people with respiratory illnesses, children, and people who are elderly. Outdoor activity should be limited.

Fire restrictions are set to move to State 2 Thursday.

Colorado’s water projects getting a $7....