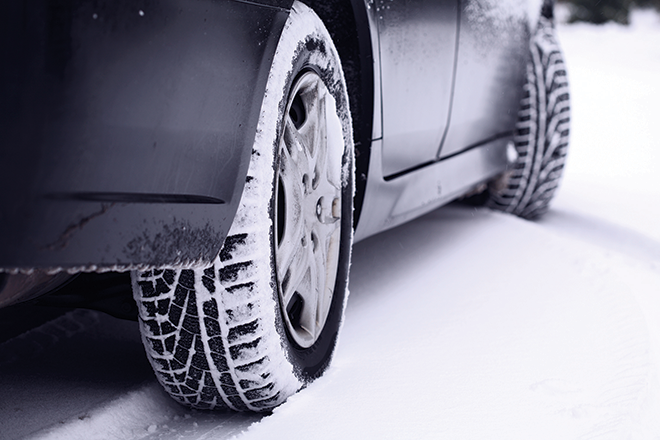 [This story has been updated throughout the day as roads closed and reopened. Final update: 6:30 p.m.]

A strong storm bringing blizzard-like conditions to eastern Colorado closed major roads overnight. The system passed quickly across the state, and by 6:30 p.m., all state and federal highways impacted by the storm had reopened. Local closures are still possible.

Early in the day  the Colorado Department of Transportation reported that Interstate 70 was closed between Airpark Road and Limon due to adverse weather. An hour later, eastbound lanes had reopened. Traffic cameras showed a backup of vehicles in the westbound lanes awaiting reopening of the road. Westbound 70 later closed from Burlington to Limon.

Highway 24 was closed between Woodman and Limon, along with Highway 94 to Highway 40/287. Highway 86 also closed between Interstate 70 and Kiowa in Elbert County overnight, as did a 21-mile segment of Highway 83 between Franktown and County Line Road.

Northbound Highway 40/287 closed from Lamar to Limon as storm impacts reached the area by a few hours after other closures were in place. The road closed from Kit Carson north just before 8:00 a.m., then from Lamar about 30 minutes later. Highway 24 closed between Seibert and Burlington, and Highway 385 closed from Burlington to Cheyenne Wells later in the morning. Highway 71 from Brush to Ordway also closed due to conditions. 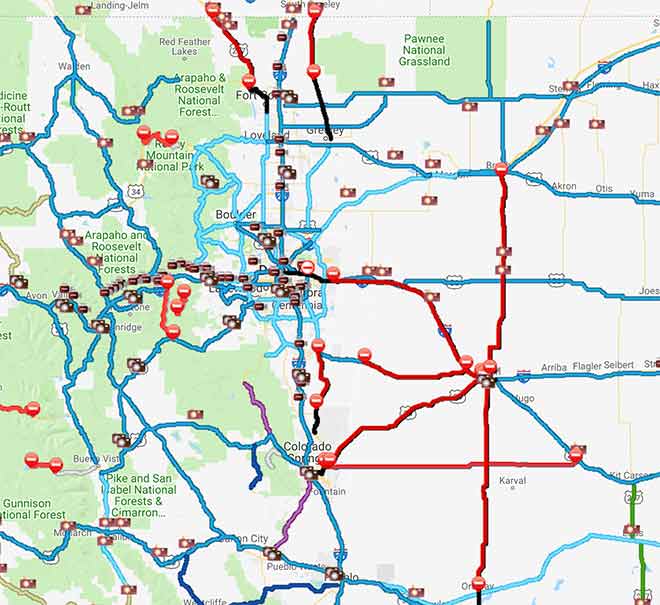 To the south, Interstate 25 was closed southbound from Pueblo to the state line at New Mexico's request due to conditions in that state.

Over 300 CDOT plow trucks were working in most areas of the state shortly before 6:00 a.m. Most had been on duty throughout the night to clear roads. 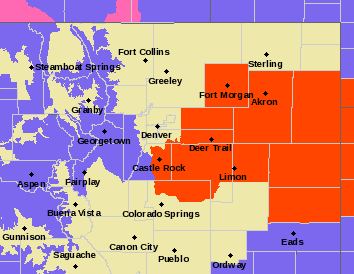 A blizzard warning was in effect until 11:00 a.m. for all or parts of Cheyenne, Kit Carson, Yuma, Washington, Morgan Lincoln, Adams, Arapahoe, Douglas, Elbert and El Paso counties. Wind gusts between 50 and 60 miles per hour were predicted through the day, dropping to 45 mph Tuesday night.

The warning was extended until 3:00 p.m. for portions of Douglas, Elbert, and Lincoln counties, along with all of Yuma, Kit Carson and Cheyenne counties. All warnings were dropped by 5:00 p.m.

A brief history of the Black church’s...