Following a series of storms that brought snow and rain to eastern Colorado, drought conditions have continued to recede. 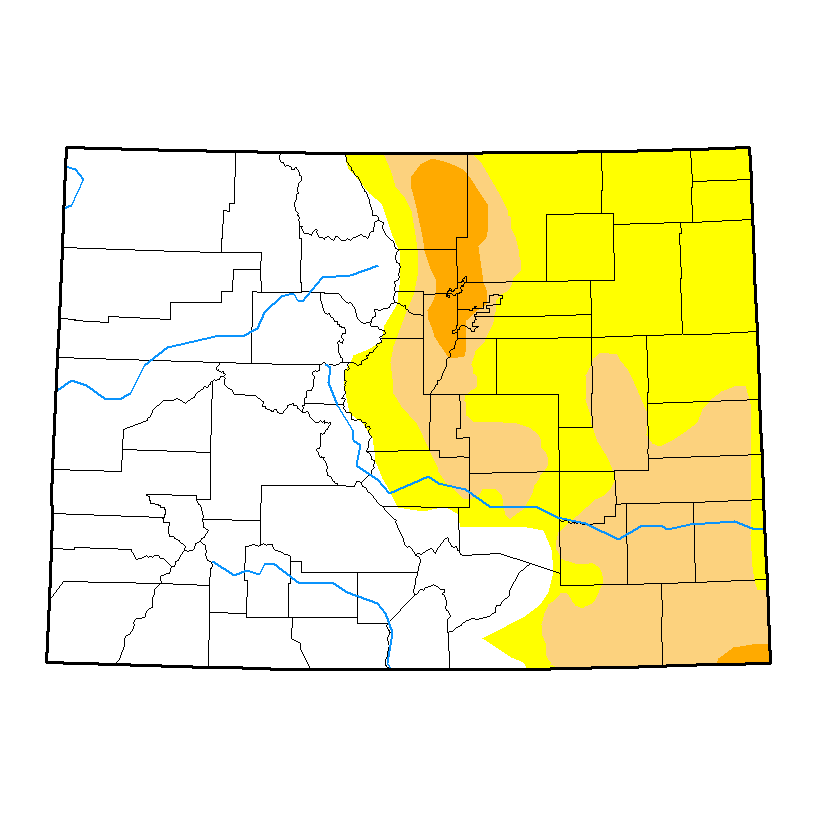 For the first time since 2016, less than half of the state is listed in any drought category, and a pocket of extreme drought in southeast Baca County has recovered to severe levels.

Moderate drought has been replaced with abnormally dry conditions across all of Morgan, Logan, Sedgwick, Phillips, Yuma, and Washington County, and most of Elbert, Crowley and Kit Carson Counties.

All of Teller and Bent Counties remain in moderate drought, as well as substantial portions of Lincoln, Kit Carson, Kiowa, Otero, Prowers, Las Animas, and Baca County in the southeastern portion of the state.

A storm system that crossed Colorado earlier in the week may lead to some addition improvement in the next update, however only limited chances of additional moisture are expected over the coming days.