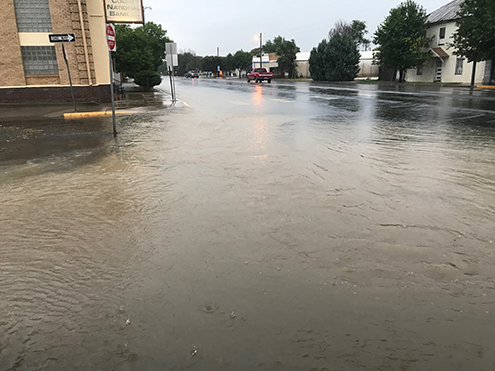 Editor's note: this week is Severe Weather Awareness Week in Colorado. Each day, KiowaCountyPress.net is bringing you information from the National Weather Service about spring weather dangers. Tuesday's article can be found here.

Major flooding in September 2013 resulted from over eight inches of rain that fell over a large area from northern Jefferson County to the Wyoming border. This rain occurred in many creeks and rivers, causing considerable flash flooding. Runoff from area creeks combined to cause major flooding along the South Platte River. Mitigation is still ongoing to repair flood damage along the creeks and rivers in and near the foothills from Larimer County to El Paso County and along the tributaries to the South Platte River. 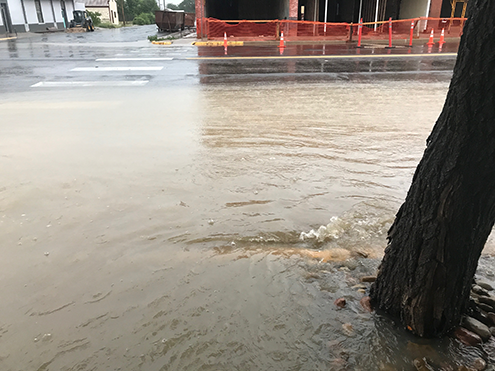 Flash floods can occur within a few minutes or hours, and can move at surprisingly high speeds, striking with little warning.  Flash floods are quite destructive because of the force of the moving water, and the debris that accumulates in flood waters, such as trees and boulders, which can destroy roadways, bridges, and buildings.
Other complications in Colorado are recent fires which raise the flood threat when locally heavy rain falls on recent burn scars.   Residents in and near burned areas should plan on response actions for flooding.

A flash flood or flood watch, which means that flash flooding or flooding is possible within the watch area.

A flood warning, which means that flooding is imminent or has been reported along a river.

A flash flood warning, which means that flash flooding has been reported or is imminent.  When a flash flood warning is issued for your area, act quickly.  If advised to evacuate, do so immediately.  Go to higher ground or climb to safety before access is cut off by flood waters.

An urban flood advisory will be issued for impact flooding that is not in itself life threatening.  In an urban area if you were commuting during rush hour during a flood advisory you could expect some intersections to be underwater and a much longer commute.  A small stream flood advisory might be issued when the flow is bankfull with minor lowland flooding along the stream.
Nearly half of all flash flood fatalities are vehicle related.  Do not enter a flooded roadway, instead Turn Around Don't Drown.  In rapidly rising waters, backing up away from water may be safer.  One or two feet of water will carry away most vehicles and you also cannot tell if the road is damaged beneath moving water.

Check back tomorrow to read the next article in this week's series and remember to stop by 1208 Maine Street in Eads to register to win one of three weather radiosbeing given away by KiowaCountyPress.net and Plains Network Services. Entries close at 4:00 p.m. Friday, April 27, 2018.