"Above all, love each other deeply, because love covers a multitude of sins." 1 Peter 4:8

Isn't that a beautiful verse? It was printed on the wedding invitation of Teri Nelson and John Ellis, who served a meal at their wedding at 5:30 p.m. Saturday, and then at 7:30 p.m. the guests witnessed their marriage ceremony. That was followed by Teri's father, Darwin, playing his popular deejay music for dancing and visiting. Best wishes to the young couple who live and work in Eads.

The first few days of school in Eads were even more joyful for students in first through fifth grades because they could go swimming in the Eads pool during their physical education class. According to Superintendent Glenn Smith, the enrollment of students is up this year. An example is there were 22 pre-school students last year and this year there are 35 students. Numbers are up among those out for the three sports teams this fall. The golf team with Coach Justin McLoud has already been to several tournaments. Fans were able to see the Eads volleyball girls team Tuesday at home. Coach Chelsea Davis is quite excited about her stronger team. The first football game will be at Manzanola August 31, with the next game being in Eads during the county fair.

The County Fair Board met last week dealing with a lot of details for the six-day county fair. Karen Jones in the CSU extension office requests that 4-H members, FFA members and all exhibitors need to get their exhibit enrollment forms into the office by Tuesday, September 4. This is an urgent plea to please plan ahead to get those forms into Karen. She is carrying a very heavy load because we do not have an extension agent to help her. There will be four livestock shows beginning Wednesday evening, followed by other animals Thursday September 5. The Fair Board is planning a number of game activities for the children and youth on the fair grounds. Saturday night, after two days of rodeos, a barbeque, and the parade, Rhett Uhland and band will be near the beer garden north of the grandstands. Pam (P.J.) Lessenden was at the board meeting to report on lining up vendors for the county fair. If anyone wants to earn some money and be a part of the fair, call this lady in Haswell or connect with me.

The Plains Theatre featured a Fathom event last Thursday of an Elvis Presley documentary, "Comeback Concert of 1968." There were many more people on a Thursday night than expected, and it certainly was worth it. It reminded me of how much my late niece, Deana Griswould, liked Elvis Presley and, of course, Leanna (who is an avid fan) and Van Brown were there too. 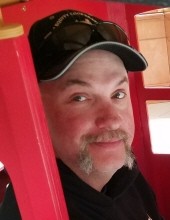 Our sympathy goes out to the families of Braden Lane, who died suddenly this week. A graveside service was held at the Eads Cemetery Saturday afternoon.

Bill Dawson brought his lovely wife, Aurelia Pirtac, to visit some of his former teachers and friends in Eads. They live in Des Moines, Iowa, where he is a pilot of medical helicopters. These newlyweds have been exploring much of America lately.

The Weisbrod Hospital Auxiliary had a productive meeting last week. They are especially thankful to maintenance man, Jose Hernandez, who made two tall wooden planter boxes for the residents. Their varieties of peppers and tomatoes are growing tall and producing now. Barb Diel, Loretta Seibel and I went to the extended care unit Tuesday night to play Bunco with the residents.

Welcome to Eads Allen and Ellen Lane, formerly of Pueblo, and their two sons, who are also new students at the Eads School. Allen in charge of housekeeping and Ellen is the Director of Nurses at Weisbrod Hospital. They moved here from Pueblo into a home on Maine Street.

Mike Lening, President of the Prairie Pines Board, visited with the ladies who were at the coffee hour Friday afternoon. He told us about the raffle this fall where one can buy a ticket for $25. He also explained about the November ballot where people will be asked to vote "yes." It is simply to say that the mil levy will stay the same with no increase for anyone. This helps the Pines funding for another 20 years.

People are invited to the Pines Friday, August 24, for an ice cream social which will be held outside in the gazebo garden.

Deb Lening has been living through some cancer issues and operations. But she is at peace with the treatments she will have in Lamar. She wants to be more near her home in Brandon also. We understand that.

Our community welcomes back Lori Shallberg of Sheridan Lake who is a patient at Weisbrod. Both these women are so dear to their friends and families and the whole county. We have empathy and love for both of them.

Eldon and Sylvia (Steiner) Stoker celebrated their 50th wedding anniversary August 11 with the "Rodeo Road Apples" playing for the dance in the Haswell Community Center. That was such a wonderful evening of dining and dancing with their friends and families.