Nearly half of Colorado has moved out of drought this year

The latest report from the National Drought Mitigation Center shows that 48 percent of Colorado has shifted to drought-free or abnormally dry conditions since the start of the year. In January, all of the state was in some level of drought, with 77 percent in extreme or exceptional drought - the two worst categories.

Improvements - at least for eastern Colorado - began in mid-March as significant snow brought the first hints of relief. During May, thunderstorms have continued to bring rain to the state's eastern plains, resulting in drought-free conditions for most northeast counties, with much of the southeast moving to abnormally dry, a step below moderate drought. 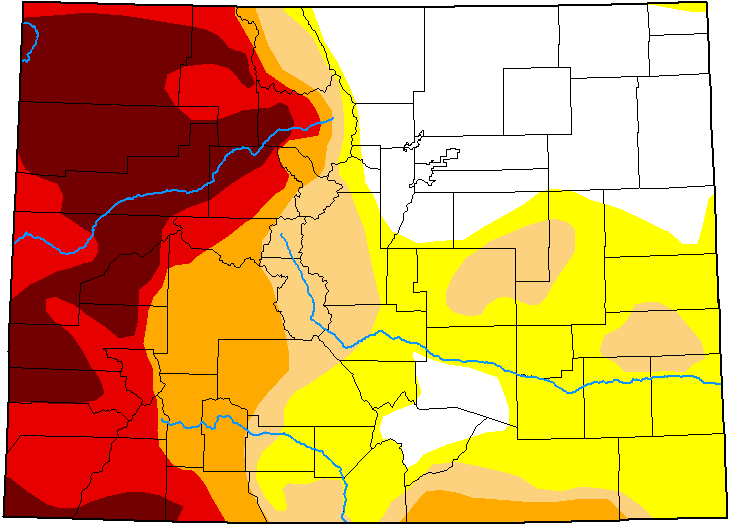 Over the past reporting period, between one-half and three inches of rain have fallen across the region, with storms producing higher amounts in localized areas.

Western Colorado continues to be dominated by extreme and exceptional drought. Portions of Moffat, Garfield and Rio Blanco counties have even seen conditions further degrade over the past few months, moving from extreme drought into exceptional.

Over the past week, nearly all of the eastern half of the state which had not already shifted to drought-free condition showed at least one category of improvement. Portions of El Paso, Elbert and Lincoln counties remained in moderate conditions, while southern Las Animas County saw severe drought shrink, though a strip remains along the border with New Mexico. 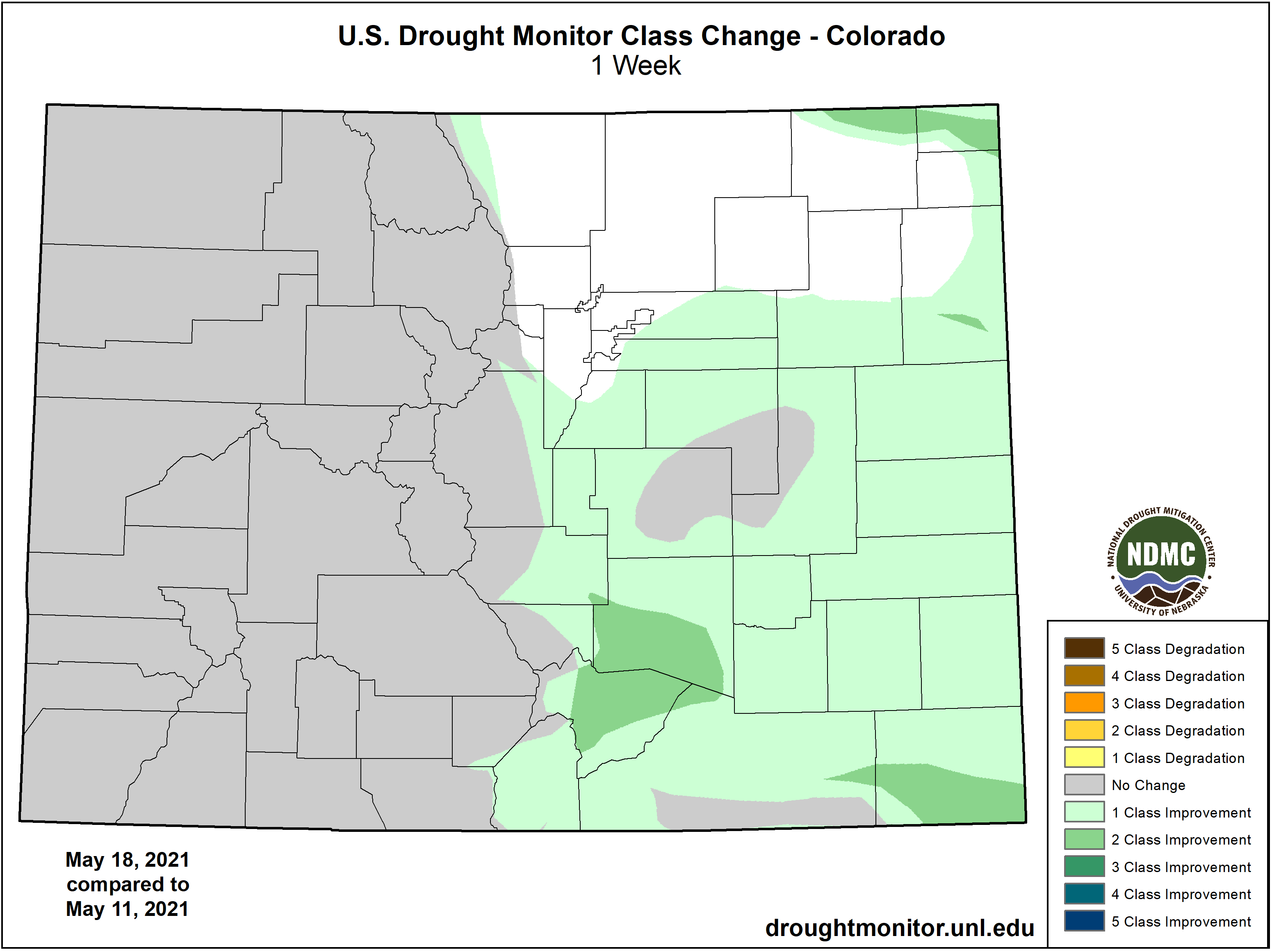 Kiowa County has seen a particularly dramatic improvement since the start of the year. At that time, the bulk of the county was in extreme drought, with a persistent bullseye of exceptional conditions covering the central part of the county for months. With the most recent report, western and eastern Kiowa County are abnormally dry, with the central area in moderate drought, dropping from severe last week. 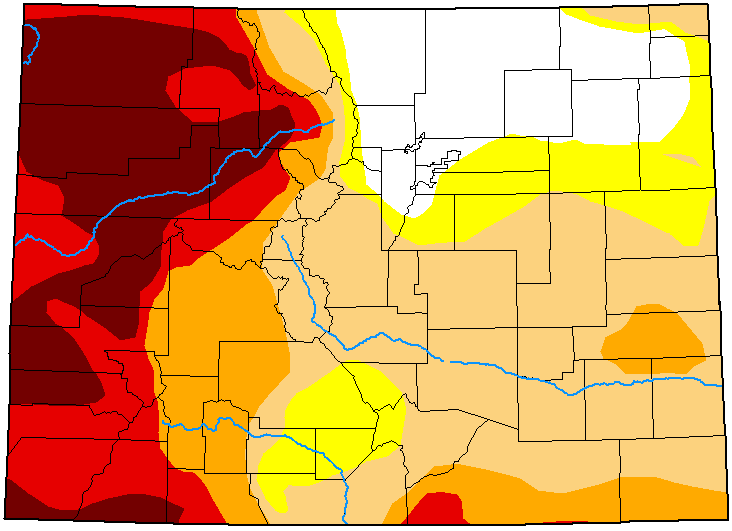 Overall, 23 percent of the state is drought-free, up from 13 percent last week, with an additional 25 percent in abnormally dry conditions, up from 12 percent in the previous week. Moderate drought covered 13 percent of Colorado, down from 32 percent, while severe drought dropped from 14 to 10 percent. Extreme and exceptional drought were unchanged at 13 and 16 percent, respectively.

Just over 900,000 people in Colorado are in drought-impacted areas, down from 4.6 million one month ago.